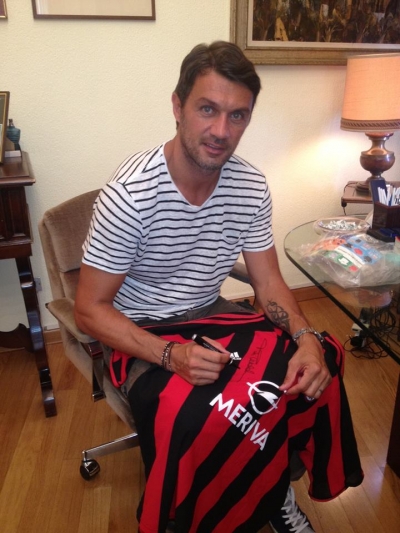 Prior to the match a plethora of signed shirts which have been donated by various clubs/players to the fund where presented on the pitch.

A couple of exWednesday players are on the back row!

First up was a squad signed Barcelona Shirt this raised £500 for the fund, then we had a signed Italiian shirt from Andrea Pirlowhucb raised £128

Now we have two new auction items to helo the fund reach its target, a signed shirt from Paolo Maldini and a signed book from Samuel Eto

See below for pictures of the auction items

Bid now to get this exclusive shirt

Bid Now to win the book which you can see being ssigned by Eto.