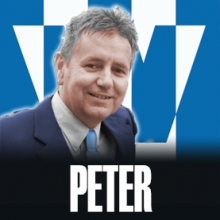 Peter Shaw is the author of these notes and his latest column from the home game V Birmingham is published below:-

This evening we welcome the supporters of Birmingham City to Hillsborough. "The Bluenoses" have followed their team through turbulent times since they beat Arsenal 2-1 at Wembley in 2011 to win the League Cup and qualify for the Europa League. That was less than 4 years ago but the Club's fortunes do seem to be gradually improving since former player Gary Rowett took charge. But despite their recent difficulties, the manner that The Blues stayed up last season must have been like winning the Cup! They looked to have been relegated but in the most dramatic fashion, Paul Caddis's 93rd goal secured their Championship status at the death. As Wednesday had a free Saturday on 3rd January, I went to see Birmingham play Blyth Spartans in the FA Cup. It was an extraordinary game and The Blues were given the fright of their lives, as Blyth took a 2-0 half time lead. City eventually triumphed by the odd goal and showed tremendous team spirit to prevail against an excellent non league team. FORMER GREAT PLAYERSOur former player and manager Trevor Francis, known to us as "Tricky Trev" started his career at Birmingham and was the original 'boy wonder'. Trevor came to us in the twilight of his career but his greatness as a player was still in evidence and he is regarded as arguably the greatest Birmingham player of all time. However there are several other players I have seen play who would challenge Trevor for that accolade:Bob Latchford was a great centre forward. A Blues legend, Bob was strong, very quick over short distances, excellent in the air, a deadly finisher who had a tremendous right foot shot. He's the best Blues finisher I can remember.The best defender I can recall playing for Birmingham was Trevor Smith. Strong, powerful, great in the air and a tremendous reader of the game, Trevor was once described by the legendary John Charles as the centre half who he "least liked playing against". Trevor was a leader who went on to represent England and he was a loyal servant to The Blues; he eventually joined Walsall in 1964 after 11 years with Birmingham.And finally another player who stands out is the very gifted and World Cup winning, Euro Championship winner, Christophe Dugarry. He played for Birmingham for only 1 year between 2003/4 but he was a fantastic player with a huge natural talent. His Blues career was short but brilliant and memorable.  SPECIAL EVENT FOR THE OWL WHO SAVED BARCELONA AND WAS KING OF REAL BETIS Friday 27th February 2015. 7:30pm1867 Lounge,  HillsboroughThe Patrick O'Connell Memorial fund, in association with Wednesdayite, invite you to a star studded night at Hillsborough on Friday, 27th February 2015, to celebrate a football legend, and former player Patrick O'Connell, who sadly to this day lies in an unmarked grave in London. Tickets and further details are available via www.wednesdayite.comThe great Johan Cruyff has kindly donated a FC Barcelona signed shirt from his era and the shirt will be raffled off on the night at the event.Obviously this is a once in a lifetime chance to win a signed shirt from a footballing genius and all-time great.  WE ARE RECRUITING  Wednesdayite urgently need to recruit  new volunteers, helpers or directors to assist in delivering key services. If you are willing to offer assistance, speak to a Director at the Wednesdayite Lounge or alternatively send an email to This email address is being protected from spambots. You need JavaScript enabled to view it. AWAY COACH TO READINGIf you haven't already booked, details of the away coach to Reading on Saturday, 31st January, can be reached via www.wednesdayite.com Enjoy the game this evening.UTOs, WAWAW.